WEEK 3. COMPREHENSION, THE DEATH OF IKEMEFUNA-WORD MEANING IN CONTEXT

A noun is a naming word

The Noun: Form and Function

Noun has taken the following forms in English

Proper nouns: these are names of

Note: that anywhere the proper noun occurs in a sentence it must start with a capital letter.

c.         Gerundive Nouns: These can also be called verbal nouns because they are nouns that are formed from verbs e.g smoking, fighting, dancing, eating e.t.c

(b)   Smoking is dangerous to health.

e.         Collective Nouns: These are nouns used to refer to a group of persons or objects together as one e.g. Crew, Congregation, Mob, battalion, audience e.t.c

The Functions of a Noun

Tunde is the subject of the verb “is going”

Lagos is the subject of the verb “has been described”

Football is the object of the verb plays

ii    I hate cheating in the examination

Cheating is the complement of the verb hate in the sentence.

Use your dictionary to find the difference in meaning between the following Nouns :

MORAL OBJECTIVES:  The first assignment and responsibility that the creator (God) gave unto man is the naming of everything that had been created hence, students must value this in their lives.

A cardboard that shows the labeled parts of the human head.

Students are familiar with same speech sounds because they use them unconsciously in the fairly discourse.

A monopthong is a vowel sound that is made up of one speech sound. It is a single vowel.

They are divided into long vowels and short vowels.

The long vowels have length mark [:] which is used to show that there is a difference in length as well as vowel quality.

This is a vowel glide with three distinguishable vowel qualities.

1.         Write short explanatory notes in the following types of vowels

It is expected that at the end of the class, students will be bold enough and courageous enough to have polished their speaking skills for the furtherance of the gospel of Christ.

The Death of Ikemefuna

One way students can infer a word meaning is from context clues within the text. Students have to learn how to work out the meaning from these clues. One way to unravel these clues is to consider the following questions:

MORAL OBJECTIVES: The fate that befell Ikenefuna is not permissible in this present age because Christ has redeemed us from the curse of the law. He paid the ultimate sacrifice by setting us free.

The form of an Adjective does not change. It does not matter if the noun being modified is male or female, singular or plural, subject or object. Some Adjectives give us factual information about the noun – age, size, colour e.t.c. (fact adjective- can’t be argued with). Some Adjectives show what somebody thinks about something or somebody – nice, horrid, beautiful e.t.c (opinion Adjectives – not everyone may agree)

Note the following about comparison of Adjectives

Where a number of Adjectives are used together, the order depends on the function of the Adjective. The usual order is:

Be careful with surely: when it is placed ate the beginning of the sentence, it means the speaker thinks something is time, but is looking for combination

Many adverbs end in “-ly”. We form such adverbs by adding “-ly” to the adjectives. Here are some examples: quickly, softly, strongly, honestly, interestingly. But not all words that end in –ly are adverbs. “friendly”, for example is an adjective. Some adverbs have no particular form, for example: well, fast, very, never, always, often, still

Word Meaning in context: The context of usage of any given word in a sentence will determine the meaning of that word.

ASSIGNMENT: In your own words, explain the following

MORAL INSTRUCTION: All students must understand the fact that Jesus is the perfect and fulfilled word of God.  He fulfilled the word of God when He comes to dwell among us.

MORAL INSTRUCTION: This is the oldest occupation and the first one that God gave to Adam (the first man) – it is very important that all students appreciates its inherent wealth and prosperity it can give to them in life.

A Narrative essay is a writing in which a story is told.  Every body tells a story – The Introductory Paragraph.

From the narration – The next middle paragraph seeing as the body of the narration, narrate the events of the day that support the claim in the introductory paragraph, of a bad day.

Your essay at this stage should be up to 400 words.  A narration can contain Factual or Fictitious (imagined) stories, or a combination of the two – Qualities of a Good narration

ASSESSMENT: (Writing Practice) – Write what you will say on any of the two questions bellow – follow the guideline in earlier examples:

MORAL INSTRUCTION: As a child of the most high, all students must be able to narrate or give their testimony of their conversation. Just like apostle Paul in the book of Acts to be able to min back the lost.

CONTENT: Introduction – An Adjective is a word that qualifies or  modify a noun or pronoun. E.g Peacock is a bird – Peacock is a Beautiful bird and it is similar to possessive pronoun e.g. My, yours, his, hers, our, theirs, its. But thy word modifies the noun to function as an Adj. What, and which

Sentence – Which places are to be visited during our tour?  (iii) Demonstrative Adj. are used to point out e.g that, this, these, those, what  (iv) Numeral Adj. reveals the number of the nouns (Definite Number – Cardinal – Ordinal) (Indefinite – some, few,.

Descriptive Adj – are used to reveal quality or sort of a noun e.g. big, good, beautiful.

Adverb is a word or set of words that modifies verbs, adjectives or other adverbs e.g. slowly, very, especially, quickly, badly.

ASSESSMENT: Explain the following types Adjectives or your own words:

ASSIGNMENT: Use the following types of Adverbs in sentences

MORAL INSTRUCTION: All students must get the details of God’s word.  Precept by precept and they must learn to obey what God’s word says.

The following should be done in reading to make a note:

TOPIC SENTENCE: This is a sentence that states the topic of its paragraph. Paragraph – Paragraph is one of several distinct submissions of a text intended to separate ideas; the beginning is usually marked by a new indented line – The supporting details are a small part that can be considered separately from the whole.

ASSESSMENT: Identify the topic/theme of this passage – Sprains are injuries to the ligaments which hold the joints together.  Sprains occur when the ligaments are over stretched.  The joints most frequently sprained are the wrists and ankles.

ASSIGNMENT: NOSEC (page 5-6) Read the following passage carefully and identify the topic/theme – Anything that can cause a body at rest with some mass to more over a distance is force.  We apply force if we want to open a door, more a chair or push a car.

MORAL INSTRUCTION: All students can appreciate the message of the scripture which is centered on Jesus Christ and the salvation, restoration and redemption of our souls.

A noun is a naming word and it takes the following forms:

ASSIGNMENT: Use your dictionary to find out the difference in meaning between the following nouns: work – works, wood – woods, Give five examples (each) – for the following nouns and use them in sentences: (a) Gerundive noun (b) Proper noun.

MORAL INSTRUCTION: The master of heaven and earth give man the distinct assignment of naming all the things that had been created.  Hence, man’s necessity and needs are even now being given names for identification and uniqueness. 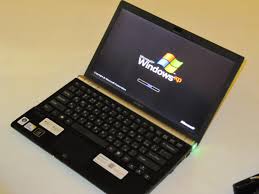 FUNCTIONS OF THE DESKTOP﻿